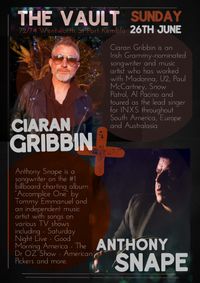 A Grammy-nominated songwriter and music artIst, Ciaran has worked with Madonna, U2, Paul McCartney, Snow Patrol, Al Pacino & was lead singer for INXS throughout South America, Europe and Australasia.

Anthony is a songwriter on the #1 billboard charting album “Accomplice One” by Tommy Emmanuel and an independent artist featuring on Saturday Night Live, Good Morning America & more. Jackaranda Says No To Bullying 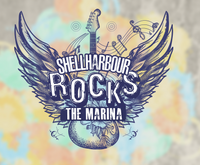 Welcome in the winter and warm up the soul with an incredible line-up of 30 local music acts sprinkled across The Waterfront; its stunning boardwalk, as well as inside its vibrant restaurants, cafes and bars.

Whether you want to kick your feet up or rock your socks off, there will be good vibes all around that the whole family can get amongst! Wonder through the delicious food trucks, and experience local artistry and talent with a variety of market stalls on offer. 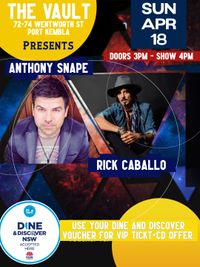 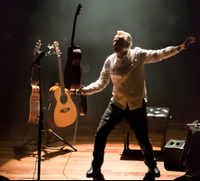 It's always an honour and a privilege to open for Tommy Emmanuel! Since the release of my Disappearing Day album in Australia in 2008, Tommy has been a huge part of my life! I've spent the last 10 years spent living in Nashville TN and touring with TE throughout the USA, the UK and Europe and writing songs and sharing experiences from aboard with fans and family in Australia. So it is really special to be invited to open for Tommy in the country I was born, Australia! This show will be a special one!

Australia’s internationally acclaimed acoustic guitar icon Tommy Emmanuel CGP has added yet another accolade to his vast collection, having just been named number one acoustic guitarist in the world on Music Radar, as voted by fellow musicians.

Tommy brings the power and dynamism of a full band to his solo acoustic playing, with incredible charisma, stunning speed and dexterity and unerring command of melody.

Tommy’s message is pure love for the guitar and the music and his delight in sharing it with the world, one audience at a time. Tommy’s greatest honour was being named by his childhood idol Chet Atkins as a ‘Certified Guitar Player’ (CGP). The legendary US guitarist and producer Atkins gave this designation to only five players in history. 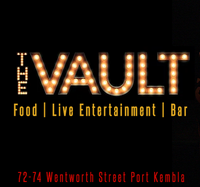 Anthony Snape LIVE at the Vault!

Hidden in plain sight along Port Kembla's undulating main street is a cosy music venue that is full of ambience and atmosphere. I was surprised to find a listening room like this in Australia that reminded me of a few of the culturally significant music venues I've played in New York, Chicago, LA and Nashville. My first show at The Vault earlier in the year was pure unbridled fun and I can feel the momentum building around this place and the audience, that turns out to experience original music in this unique format. The energy in the room is such that you never know what kind of spontaneous creativity might occur here. That's what I love about it!

The Music of War and Peace Time Community Event

The Music of War and Peace Time Community Event 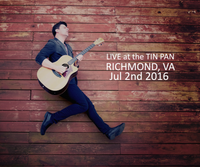 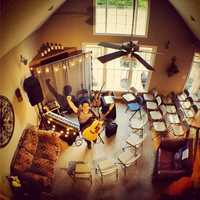 Booking now for the UK/Europe Sept/Oct

Find out about booking a house concert with Anthony, Email HC@anthonysnape.com for your free info kit. 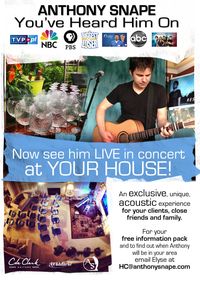 Find out about booking a House Concert with Anthony, email HC@anthonysnape.com for your free info kit.